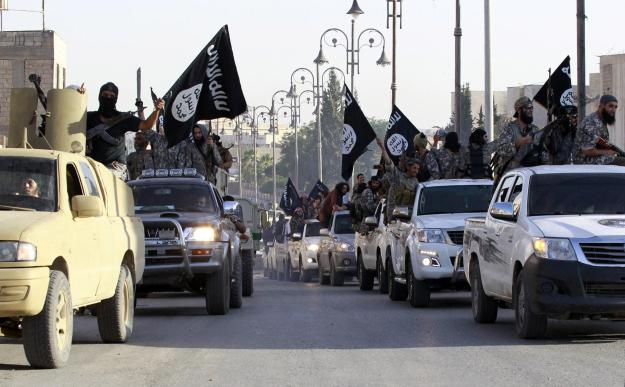 Last week it was reported by The Daily Beast that United States defence and political leaders believe they can at least begin the operation to remove the Islamic State (IS) from its Iraqi capital, Mosul, before President Barack Obama leaves office on 20 January 2017. This seems unlikely. More to the point, if it is true it is highly dangerous, both in the short-term and especially over the long-term.

The Caliphate in Retreat

While IS has lost half of its statelet since the caliphate declaration in June 2014, the judgment that it is “losing” is a qualified one, certainly when considered in any kind of historical context, for reasons to do with IS’s operating methodology.

The overarching strategic goal of IS is to create an Islamic state, and it has a realistic view of global power relations. As Craig Whiteside documents in two new papers, this is why IS opted for revolutionary warfare on the Maoist model, an attritional strategy designed to exhaust the will of its enemies.

In this context, IS’s focus currently is on its rural holdings, not its urban ones. IS’s tactical war-making has been explored in greater detail by Nibras Kazimi and Alex Mello and Michael Knights, among others. IS often employs layered defences—IEDs, booby-trapped buildings, snipers, suicide bombers—to make its enemies pay a high price for taking away its cities, but it is noticeable that IS gives up these cities quickly, with its main force moving out and a skeleton crew left in place to man these defences. This strict force-preservation allows IS to destabilize, demoralize, and whittle down the new regime.

Perhaps more than anything, IS’s ability to sow division within the Coalition ranged against it has served it well, allowing to both alleviate pressure and annex new forces. IS uses everything from terrorism to political warfare to foster and aggravate tensions within and among its foes—whether they are states, armed groups, or tribes. This skill at subversion and misdirection is also what enables IS to penetrate and recruit old enemies. “ISIS knows how to influence people,” as ISW’s Jennifer Cafarella says, and in revolutionary war that is the key.

A good example came last month, when IS lost Manbij and Jarabulus, the former after a ten-week battle and the latter in ten hours. IS took significant casualties in Manbij and IS’s recently-deceased deputy, Taha Falaha (Abu Muhammad al-Adnani), called for a retreat from Jarabulus to al-Bab.

Manbij fell to the Syrian Democratic Forces (SDF), which is dominated by the Kurdistan Workers’ Party (PKK) and has a few Arab units attached, and Jarabulus was taken by rebels backed by Turkish ground forces. The PKK felt—despite agreeing in advance to leave the city to local rule—that the casualties suffered liberating Manbij entitled them to hold it, which the local population bristled at. When PKK, impelled by its state-building project, used Manbij as a launch-pad for a move toward Jarabulus it triggered the Turkish intervention.

These dynamics set, IS’s retreat created a border between Turkey-backed rebels and the PKK, with clashes inevitably erupting and the SDF—the Coalition’s primary anti-IS instrument—fraying.

The Coalition’s uncritical support of the PKK, even after it started attacking other Western-supported actors and violated agreements limiting its zones of operation, left Ankara few choices. The Turkish intervention is likely to have a stabilizing impact, albeit at the cost of short-term instability as some constraints are placed on the PKK.

But it is possible that the instability will not be so short-lived. IS benefits from this short-term flare-up, allowing it to prepare itself in al-Bab, and if the clashes drag on it creates still more space.

In speech in May, Falaha mocked the U.S. strategy of killing its leaders and expelling it from cities:

Do you think, O America, that victory is by killing one leader or another? … Or do you … consider defeat to be … the loss of land? … True defeat is the loss of willpower and desire to fight.

This might sound like self-consolation but it is actually the heart of revolutionary warfare: IS started with a cadre of ideological purists and expanded its network from there, concentrating on proselytization among recruits. When IS was defeated in 2008 and driven into the deserts its core held because they believed in the cause. The group simply reverted to an earlier stage of Maoist revolutionary war—namely insurgency and terrorism.

Meanwhile, as IS is the first to point out, five years ago they had to deal with ground forces; now the West will only engage by air, and even then it was late and reluctant. In five more years, how much further will Western resolve have weakened?

From the Surge experience it is clear that territorial losses for IS are not victories in themselves; how IS loses ground and the sustainability of the new order is the real test. And this is where the current strategy is most worrying.

On the Syrian side of the border, the PKK had been the Coalition’s favoured instrument and in Iraq it has been Iranian-run sectarian Shi’a militias. While these forces have physically taken territory from IS, they have created destabilizing dynamics that assist IS politically, which is, since politics has primacy in a revolutionary war, exactly what IS needs. It can take short-term military set-backs if it gains legitimacy (thus, adherents) in the long-term.

Whatever utility the PKK and Shi’a militias had, that has long-since hit diminishing returns, and the decapitation strikes are rapidly approaching this point as well. Three of the caliph’s deputies—Fadel al-Hiyali, Abd al-Rahman al-Qaduli, and Falaha—have been killed, plus a number of senior leaders—Amr al-Absi and Tarkhan Batirashvili (both founders of IS in Syria), Adnan al-Suwaydawi, IS’s Libyan leader Wissam al-Zubaydi, Waleed al-Alwani—and a raft of field commanders and mid-level managers (whose removal might actually be more damaging). IS’s highly-developed bureaucratic structure means these men will be replaced, and there is a danger their replacements will be more skilled operatives and “more … attuned to local dynamics“.

Abba Eban was fond of saying that nations do the wise thing after they have tried all other options. That the President has “deepened his resistance” to bolstering the mainstream rebels and continues to plan for open collaboration with the Russians suggests that there are still several more options to be tried first in Syria. In Iraq, the picture is if anything even bleaker.

IS has woven itself into the fabric of the Sunni areas in Iraq in a manner not-unlike what al-Qaeda has done in Syria, as Whiteside’s research and a recent RAND study make clear. There was never an Awakening in Ninawa, and IS had a powerful shadow government in the area that was significantly responsible for making the group self-sufficient by 2005-06.

Though IS has worked hard (chapter 13) to embed among the tribes, it has relatively shallower foundations in Syria, and could conceivably be evicted without a critical mass of local cooperation—even if this opens the way to a medium- or long-term return. Perhaps paradoxically, since narratively (i.e. recruitment-wise) and in terms of global terrorist operations IS is centred in Syria, with the right partners, IS could be sustainably swept from Syria in relatively short order. But, unfortunately, the Coalition has never had a Syria-first strategy.

In Iraq, uprooting IS in its core zones—the Sunni areas of Iraq—is impossible without local cooperation. That is unavailable if the population believes the alternative to be worse.

There have been assurances that the Iranian-run sectarian militias will be kept out of Mosul. For political reasons it seems unlikely that promise can be kept, though Alex Mello is rather optimistic that the influence of the IRGC-run elements can be kept to a minimum, at least during the offensive.

There is a “fair chance” the Iranian-run militias can be kept out of Mosul City itself, with Iraqi Security Forces, Special Forces, army, police, and local Sunni tribal units flagged as al-Hashd al-Shabi leading, Mello tells me. “If Iran-backed militias … are involved I think they’ll be sent up the pipeline road [west of Mosul] … to clear Tal Afar and villages in the area that have a substantial Shi’a Turkomen minority population.”

Still, in some cases the Iranian proxy militias have moved in after IS is gone and flat-out breached agreements to stay out of offensives. Beyond that, the infiltration of such forces in the army and police—which at a Federal level are under the control of the Badr Corps—is a constant problem for the integrity of the Iraqi government’s command structure. There is good reason to worry about atrocities on the way into Mosul, and about the proposed ‘hold’ forces available.

“How long are you going to live in fear? … Do you think we will go away? Do you think we will cease to exist or get bored? No! Repent quickly before it is too late,” Falaha said in his first speech in August 2011. Personal security is a rather convincing motivator for most people: if militias too busy with collective punishment of “collaborators” to protect the population are the successor in Mosul, there will be little motivation for people to risk retribution by working against IS.

IS could retreat from overt control in Mosul, but unless the new order has a degree of legitimacy and competence, IS’s social control mechanisms—extortion networks and so on—will remain intact and exert significant influence.

The main driver for a Mosul offensive to begin so soon appears to be U.S. domestic politics. “It is a way to end on a high note,” one U.S. official explained to the Beast. Similar reports have appeared before. Wishful thinking is not new of course.

The popular belief at the outbreak of World War One was that it would be over by Christmas. Many knew the facts. In Austria-Hungary, at a ceremony for the Emperor’s birthday in mid-August 1914, Hermann Kovess von Kovesshaza informed those present that the reality was that they would not be home for many Christmases. Now as then, there are those who know better, but given the fate of those who point out inconvenient facts this time around, it is perhaps understandable so few try while still in the government.

IS revived in five years, three of which the Coalition had tens of thousands of troops on the ground, because of its own adaptations, Western political disengagement, and political trends in Baghdad feeding into IS’s sectarian and Sunni-victimization narratives. The conditions being created by the manner in which the Coalition is depriving IS of urban holdings lay the groundwork for an even speedier recovery and the greater mobilization of foreign sympathizers in the meantime. A run at Mosul to allow a Presidential boast about the percentage of the caliphate he destroyed would only amplify these trends—and leave the consequences to a successor.

13 thoughts on “The End of the Islamic State by Christmas?”