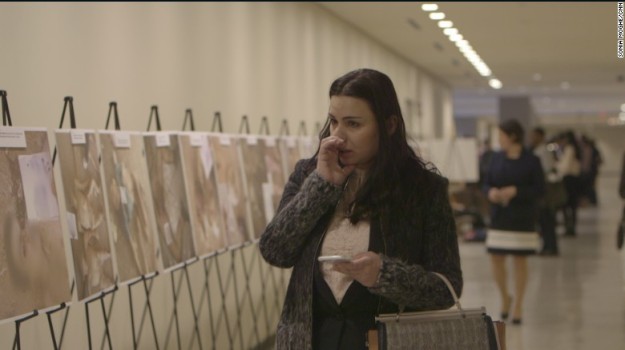 The Office of the United Nations High Commissioner for Human Rights (OHCHR) released a report earlier today documenting the Assad regime’s “systematic and widespread attack against [the Syrian] civilian population.” The report is meticulously compiled from reams of internal documents and the evidence of 621 witnesses who have been in Assad’s prisons, covering the period March 10, 2011, to November 30, 2015. Two-hundred of these witnesses personally saw somebody murdered. The report is focussed on the mass-murder of prisoners and the evidence leads to the conclusions that the Assad regime has committed extermination, murder, rape, torture, imprisonment, enforced disappearance, and other inhumane acts as crimes against humanity, as well as a raft of at least six separate counts of war crimes.

OHCHR starts with the very earliest days of the uprising, when it was still a street protest movement, at which point the Assad regime began mass-arrests of civilians “perceived to be either supporting the opposition or insufficiently loyal”. Many of the civilians taken into custody were murdered, and “families were first informed about the death or whereabouts of their relatives from released fellow prisoners.” Most of the victims were males over fifteen, but women and children—one as young as seven-years-old and the infamous case of thirteen-year-old Hamza al-Khatib—were also tortured and murdered.

In early 2011, as the regime arrested civilians and liquidated peaceful activists like Ibrahim Qashoush and Ghiath Matar, it was releasing jihadists from its prisons, with the deliberate intention—as defectors have testified—of framing the uprising in sectarian terms and frightening a strategic majority of the population (and the international community) with the spectre of an Islamist/terrorist takeover.

“Caesar,” a photographer at a regime mortuary before he defected with thousands of images showing at least 11,000 people done to death in regime prisons, has reported on the systematic way the regime records the cause of death as “heart attack” or “respiratory problems”. OHCHR provides further testimony on this:

In no documented cases did the family receive further proof of death or documentation indicating that investigative measures had been taken by the authorities to verify the cause of death, or to establish or absolve responsibility of State agents or others for the fate of the victim, as required by international human rights law.

But OHCHR notes that the real importance of these “centralised, systemic procedures,” including the issuing of death certificates, is the proof it provides that the most senior levels of the Assad regime were at a minimum aware of what was happening, and thus at least complicit after the fact since they took no steps to stop or even punish the murderers. The various branches of the Military Police corps of the Syrian Arab Army, especially at its headquarters in al-Qaboun, Damascus, the staff at Tishreen military hospital who issued the death certificates, and the judicial institutions that registered these patently fraudulent documents were all involved in a systematic campaign of torture and murder against Syria’s civilians.

In addition to the systematized slaughter of prisoners, there was the random cruelty and killing:

Interrogators and guards employed gruesome methods of torture to kill detainees. In 2014, a detainee held in a centre under the control of the 4th Division of the Syrian army had his genitals mutilated during torture. Bleeding severely and left without treatment, he died three days later. A detainee of a Military Security branch in Homs witnessed an elderly man being severely beaten, and then hung by his wrists from the ceiling. The guards burned his eyes with a cigarette, and pierced his body with a heated, sharp metal object. After hanging in the same position for three hours, the man died.

And the conditions of the prisons—even for those who had not had wounds requiring medical attention inflicted upon them by torture—were arranged with a “calculated awareness that such conditions would cause mass deaths of detainees in the ordinary course of events”:

[Prisoners] perished as a consequence of inhuman living conditions inflicted on the prison population, including severe over-crowding, lack of food, and unclean drinking water. Prisoners were given inadequate or no medical care, and died in large numbers from preventable conditions such as diarrhoea or other contagious infections spread in the unhygienic and overcrowded cells

The report also documents arbitrary imprisonment and murder by Jabhat an-Nusra, al-Qaeda’s Syrian branch, and the Islamic State, but notes that neither group has done anything that comes close to what the regime has done in terms of scale.

The “high frequency” of the killings in regime prisons, committed “over a long period of time and in multiple locations, with significant logistical support involving vast State resources,” makes it impossible that the regime’s leaders were uninvolved what was—and still is—happening.

The “near-total secrecy” of these crimes has meant that they are “largely lost to the international public and political discourse surrounding the violence of the conflict,” OHCHR notes. But many Syrians do know about this system—either by having had relatives pass through it, be lost to it, or collaborate in it. While the Syrian opposition in Geneva has been portrayed as intransigent for its adamancy that Assad is unsuitable to lead a political transition, this is a large part of the reason: they understand, as the outside world has chosen not to, that every day the Assad regime and its organs of State power remain in place hundreds of thousands of innocent people are trapped in its prisons, subject to inhumane treatment, and helpless to prevent their murder at any moment.

The report had one major omission: the role of Russia and Iran in enabling these crimes. Iran especially, which runs the sectarian and foreign militias that are all that remain of Assad’s State, is deeply implicated in everything that happens as part of Assad’s war-making policy, and Russia now provides the air cover, as well as the political protection, for the perpetuation of these crimes. Any legal proceedings would have to include consideration of who in Tehran and Moscow should join senior Assad regime officials in the dock.

Contrary to the recurring theme in Syria commentary, Assad was never a partner in defeating IS and likeminded groups, sharing with them the same strategic priority of eliminating the nationalist opposition. Frederic Hof once wrote that “those who counsel cooperation with Assad should think things through very, very carefully with their own reputations in mind.” If this report helps people find their moral bearings and to finally understand that the only path to peace in Syria is the removal of the dictator and his retainers, so much the better.