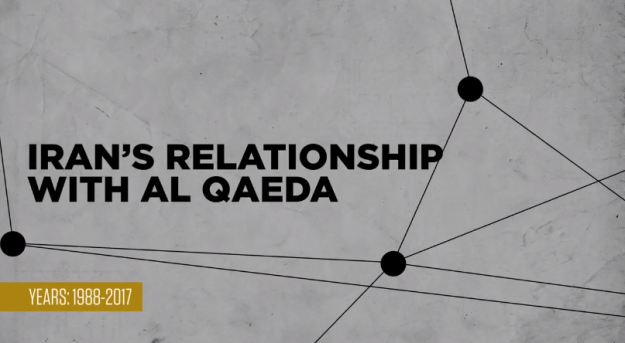 At the beginning of September, New America published a paper, based on recovered al-Qaeda documents, which concluded that there was “no evidence of cooperation” between the terrorist group and the Islamic Republic of Iran. New America’s study lauds itself for taking an approach that “avoids much of the challenge of politicization” in the discussion of Iran’s relationship with al-Qaeda. This is, to put it mildly, questionable.

A narrative gained currency in certain parts of the foreign policy community during the days of the Iraq war, and gained traction since the rise of the Islamic State (IS) in 2014, that Iran can be a partner in the region, at least against (Sunni) terrorism, since Tehran shares this goal with the West. Under President Barack Obama, this notion became policy: the US moved to bring Iran’s revolutionary government in from the cold, to integrate it into the international system. END_OF_DOCUMENT_TOKEN_TO_BE_REPLACED 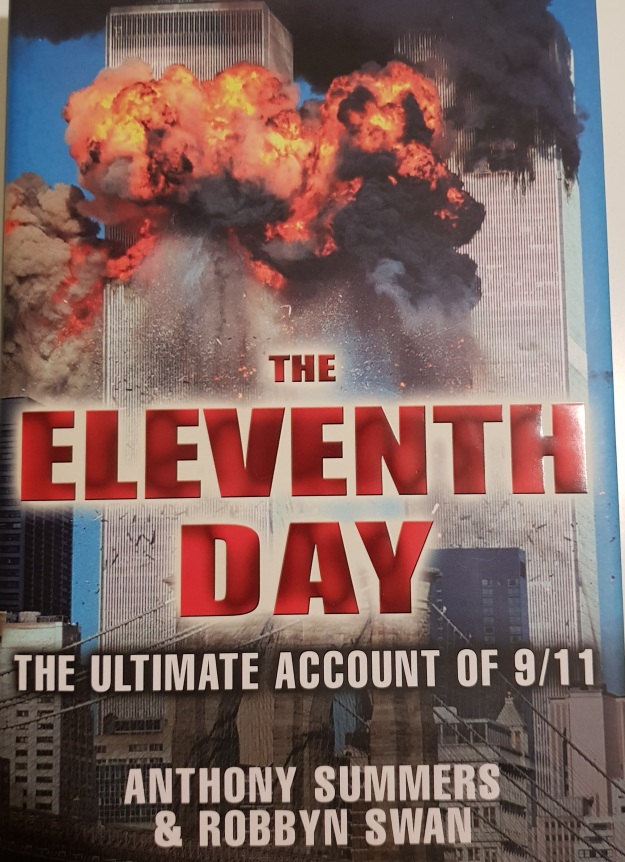 In less than a week, it will be the seventeenth anniversary of al-Qaeda’s “Plane’s Operation”, the assault on the United States. It is a vertiginous enough reflection that many of us have been alive more years since 11 September 2001 than before it, and positively alarming that many of those who will soon move into the government, media, and other leading societal institutions will have been born after an event that still shapes so much of the international scene. As Anthony Summers and Robbyn Swan put it in The Eleventh Day: The Ultimate Account of 9/11 (2011), we are left with “the brief name ‘9/11’,” the context and meaning stripped away all this time later. The book is a useful overview of an event that should always be to some degree fresh in mind, though it is not without its problems in its analytical sections. END_OF_DOCUMENT_TOKEN_TO_BE_REPLACED 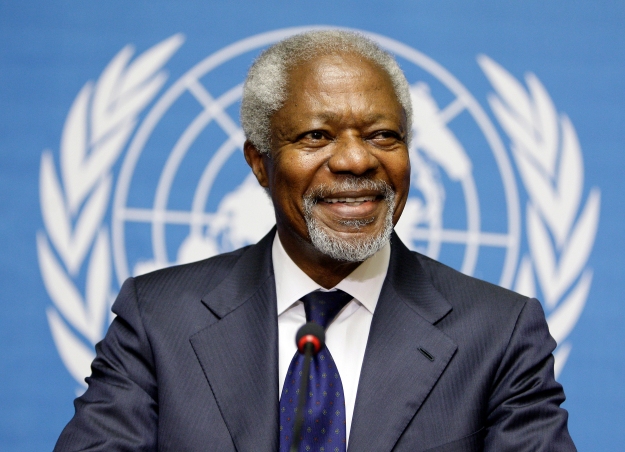 Kofi Annan, the Secretary-General of the United Nations between 1997 and 2006, died yesterday aged 80. Annan and the U.N. received the Nobel Peace Prize in 2001, and he was credited with “bringing new life to the organization” and emphasising “its obligations with regard to human rights”. The reality was quite different, and Annan’s disastrous record was hardly confined to his time at the helm. Both before (as head of the U.N. peacekeeping department) and after (as U.N. and Arab League envoy to Syria), Annan presided over some of the institution’s worst catastrophes. END_OF_DOCUMENT_TOKEN_TO_BE_REPLACED 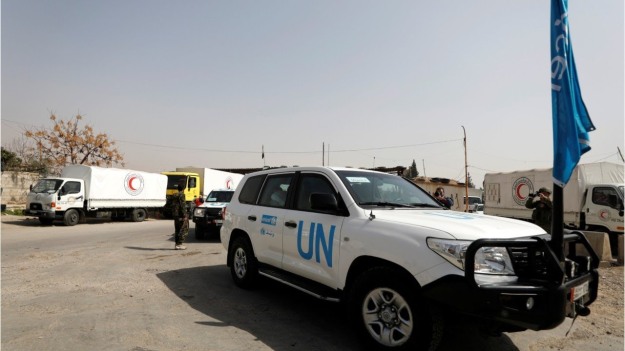 At best, the United Nations has been impotent as Syria was destroyed. But when the U.N.’s role is examined more closely it looks more like a collaborator, than a bystander, to that destruction. END_OF_DOCUMENT_TOKEN_TO_BE_REPLACED 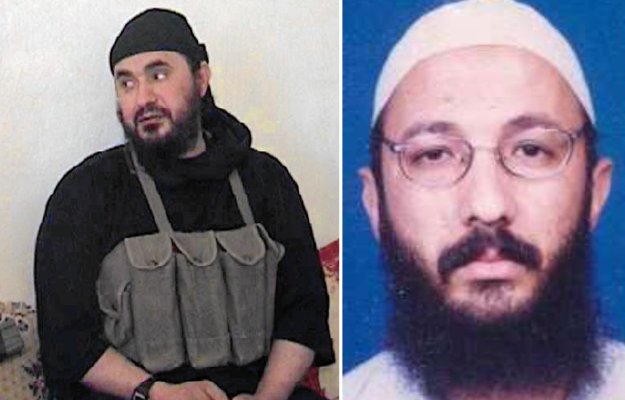 The military leader of al-Qaeda, Muhammad Saladin Zaydan (Sayf al-Adel), wrote a biography for Ahmad al-Khalayleh (Abu Musab al-Zarqawi), the Jordanian jihadist who founded what is now the Islamic State in Taliban Afghanistan in 1999. Zaydan wrote the biography in 2005 while in Iran, under the protection of the Islamic Republic, where he still is. The biography is reproduced below with some interesting and important sections highlighted in bold. END_OF_DOCUMENT_TOKEN_TO_BE_REPLACED 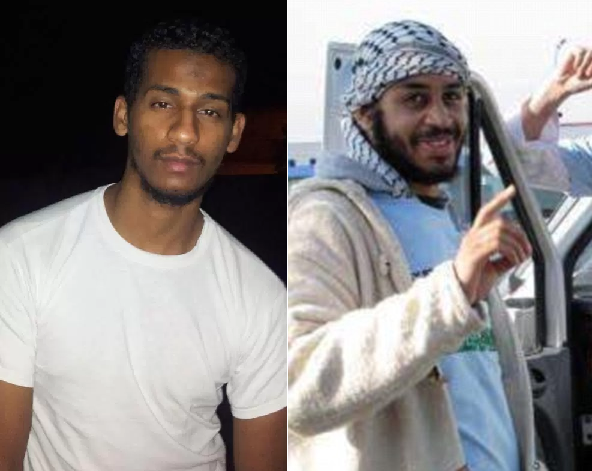 Last night, The New York Times reported and Reuters confirmed that two British Islamic State (IS) jihadists, El Shafee Elsheikh and Alexanda Kotey, both of them designated terrorists by the United States, have been arrested in Syria. Kotey and Elsheikh, along with the late Mohammed Emwazi (Abu Muharib al-Muhajir) and Aine Davis, formed a four-man cell that has become known as “The Beatles”—hence Emwazi being near-universally known as “Jihadi John”—that guarded, abused, and murdered hostages for IS from before the “caliphate” was founded in 2014. END_OF_DOCUMENT_TOKEN_TO_BE_REPLACED 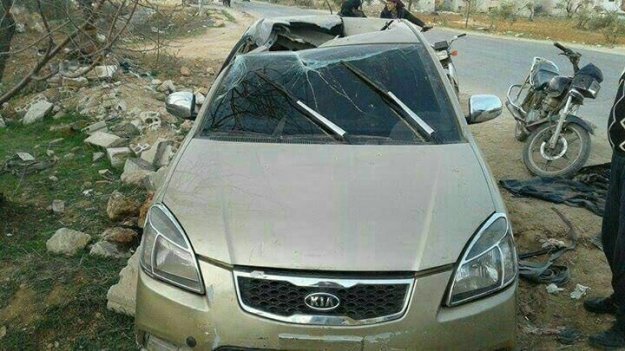 Last night it was reported that al-Qaeda’s overall deputy, Abu Khayr al-Masri, had been killed by the U.S.-led Coalition in Syria with a drone strike. This was soon seemingly confirmed by pro-Qaeda channels, and Abu al-Khayr was said to have been buried this morning. Though the emphasis on targeting jihadist leaders can be overdone, the demise of Abu al-Khayr is an important development, and one with significance beyond itself.

Abu al-Khayr’s career is demonstrative of a few interesting trends within the Jihadi-Salafist movement, primary among them the willingness of the Iranian revolution to work with the Sunni jihadists, al-Qaeda very much included, when it suits its purposes, particularly in undermining Western interests. Abu al-Khayr also elucidates the changed nature of al-Qaeda, where the “centre” (AQC) could now be said to be more in Syria than the Afghanistan-Pakistan, and where al-Qaeda operates both an overt and covert presence to try to secure a durable foothold in the Levant, which might in time be a base for attacks against the West, currently suspended only for tactical reasons. END_OF_DOCUMENT_TOKEN_TO_BE_REPLACED