This week marks the seventh anniversary of the Syrian revolution. A movement that began with peaceful street protests calling for reform and—after the government responded with lethal violence—the downfall of the dictator, descended into war that has to this point cost the lives of at least 500,000 people and displaced nearly twelve million others—more than half of Syria’s pre-war population.

In any strategic sense the rebellion has been defeated—it is not able to overthrow Bashar al-Assad by force on its own—and its political cause is increasingly strained as the remnants of the armed opposition are increasingly co-opted by external actors, state and non-state. END_OF_DOCUMENT_TOKEN_TO_BE_REPLACED 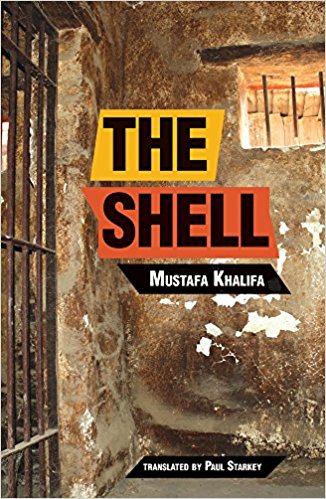 In Syria, the West has been keen not to repeat the mistakes of Iraq—defined as being drawn into an open-ended ‘war of choice’ in the Middle East. This insight led to watching with folded arms as the regime of Bashar al-Assad massacred peaceful protesters and depopulated ancient cities with fighter jets and poison gas, an exodus that spread instability into Europe and allowed menacing strategic adversaries like Iran and Russia to gain footholds that Western policy had heretofore denied them. END_OF_DOCUMENT_TOKEN_TO_BE_REPLACED

Amnesty International released a report today, “Human Slaughterhouse,” documenting the conditions in Sednaya prison, run by the regime of Bashar al-Assad in Syria, which amount to extermination as a crime against humanity. In addition to the deliberately insanitary conditions, routinized torture and maltreatment, there has been—and continues to be—a systematic campaign of extra-judicial massacre in which perhaps 13,000 people have perished. These findings buttress previous findings, and come with some political implications as the new American administration seeks to chart its way forward in Syria. END_OF_DOCUMENT_TOKEN_TO_BE_REPLACED

The picture above “went viral” on Thursday. The boy, five-year-old Omran Daqnees, was pulled from a building in rebel-held eastern Aleppo City after an airstrike either by the regime of Bashar al-Assad or Russia.

Like Alan Kurdi last September, Omran’s is hardly a unique case—twelve children were treated at just that one medical centre in Aleppo on Wednesday. But it seemed to capture something of the indiscriminate brutality that has been visited on the Syrian population, which rose against Assad five-and-a-half long years ago.

On the same day this shocking image came to global attention, Amnesty International released a report documenting in greater detail the monstrous scale of the cruelty and murder inflicted on Syrians who fall into the regime’s grasp. END_OF_DOCUMENT_TOKEN_TO_BE_REPLACED