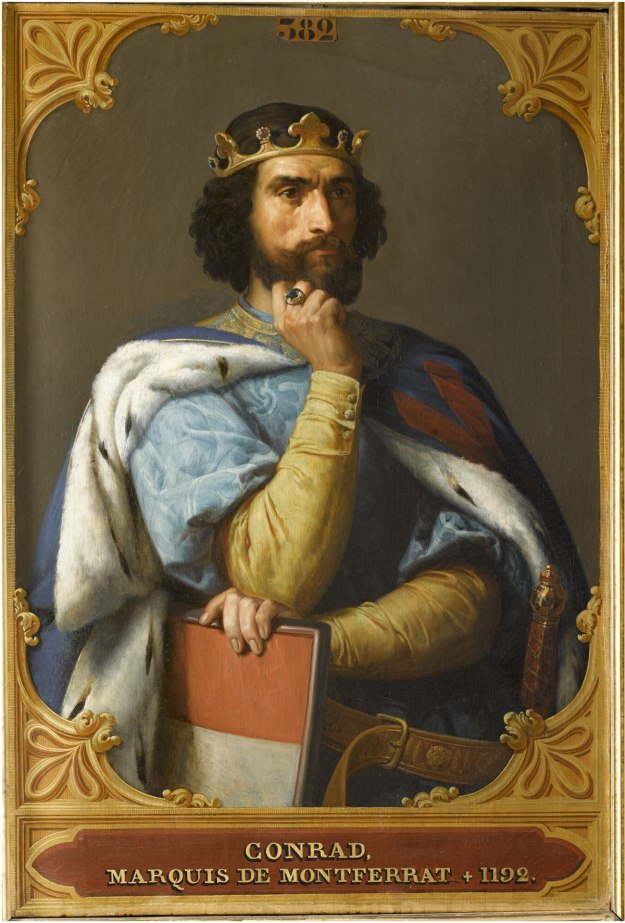 Conrad of Montferrat … imagined. Picture is from the Paris of the 1840s, by François-Édouard Picot.

Conrad of Montferrat, the monarch of the Kingdom of Jerusalem, one of the four Crusader principalities, was assassinated in Acre on 28 April 1192 by the Nizari Ismailis, the legendary Assassins. The event received a lot of interest in its own time and since in the Christian world—and fuelled the various myths about the Nizaris either being focused on the Crusaders (the Nizaris’ war was always with the Sunni order) or operating in Europe (which they never did). There has also long been speculation about a third party having sponsored the Nizaris, and a paper by Patrick A. Williams examines this issue. END_OF_DOCUMENT_TOKEN_TO_BE_REPLACED