After the use of chemical weapons of mass destruction (CWMD) in the Syrian town of Khan Shaykhun in April, American and French intelligence publicly assessed that the perpetrator was the regime of Bashar al-Asad, and President Donald Trump acted swiftly to punish the atrocity. The United Nations Independent International Commission of Inquiry on the Syrian Arab Republic released a report on 6 September that ratifies these findings, concluding that Asad attacked the population of Khan Shaykhun with chemical weapons. END_OF_DOCUMENT_TOKEN_TO_BE_REPLACED 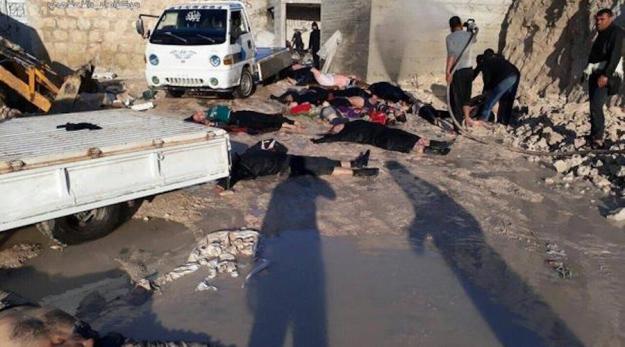 The French government has released its assessment of the 4 April chemical weapons attack in Syria, and “independently and categorically confirms that sarin was used”. France “deployed the required resources to obtain its own samples,” the report notes, and “collected biomedical and environmental samples and munitions and pieces of munitions” from this attack site and several prior. END_OF_DOCUMENT_TOKEN_TO_BE_REPLACED