The Islamic State (IS) released the 169th edition of its newsletter, Al-Naba, on 14 February 2019. Al-Naba 169 leads with the attack on the governor of Borno in Nigeria by IS’s branch in that country. In terms of volume, much of the focus remains on the guerrilla campaign in Iraq and Syria, though there is an item on the last stand of the caliphate in Baghuz, the final village in eastern Syria. IS highlights its clashes with al-Qaeda in Yemen. There is a profile of a Russian-speaking atheist-turned-jihadist who was killed in Egypt. And perhaps most notable is an essay on Saudi Arabia, where IS has a terrorist infrastructure that is instructed to be patient. It is a question that likely is unanswerable until it is too late how strong IS is in Saudi Arabia. END_OF_DOCUMENT_TOKEN_TO_BE_REPLACED 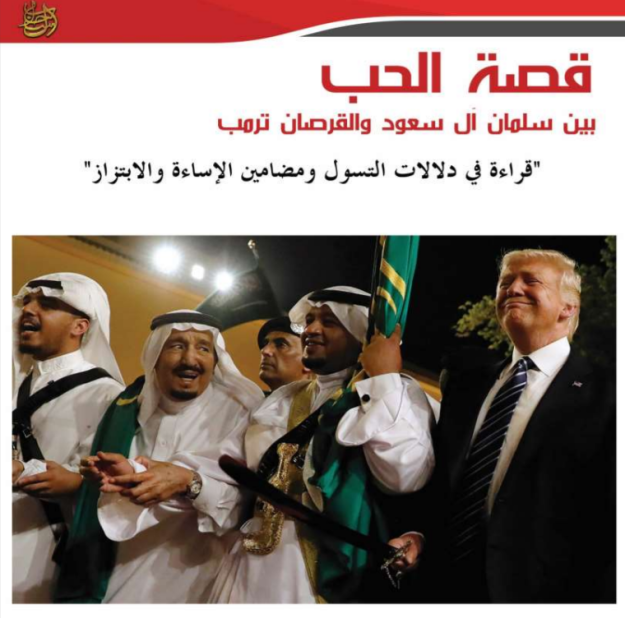 Al-Qaeda released a document on 23 October, “The Love Story Between Salman al-Saud and the Pirate Trump: A Reading of the Symptoms of Begging and the Significance of Wrong and Extortion”,[1] by Shaykh Awab Bin Hasan al-Hasni. Al-Qaeda’s Al-Sahab Foundation released an English translation of Al-Hasani’s essay on 26 November, which is reprinted below with some interesting sections highlighted in bold. END_OF_DOCUMENT_TOKEN_TO_BE_REPLACED

The Turkish government’s recent record in foreign policy is hardly a success story. It is therefore noteworthy that, so far, Ankara has handled the murder of Saudi journalist Jamal Khashoggi with a singular deftness. Whether Turkish President Recep Tayyip Erdoğan can see this through is now the key question. END_OF_DOCUMENT_TOKEN_TO_BE_REPLACED