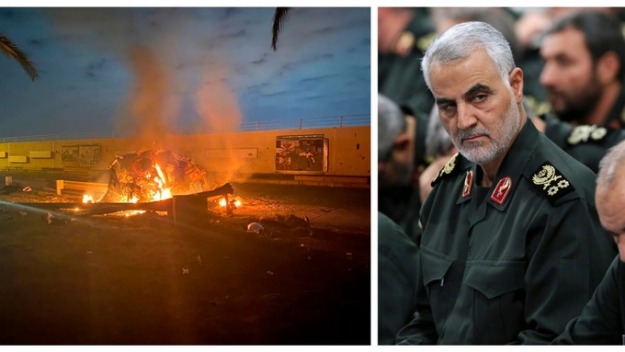 At 1 AM on 3 January, an American drone strike killed the head of Iran’s Quds Force, the division of the Islamic Revolutionary Guards Corps (IRGC) charged with exporting the Islamic revolution, and his Iraqi deputy, Jamal al-Ibrahimi (Abu Mahdi al-Muhandis). Sulaymani was the strategic driver of Iran’s expansionist policy in the Middle East, as well as the orchestrator of its terrorism and assassinations further afield. Unlike with the killing of Al-Qaeda’s Usama bin Laden in 2011 or the Islamic State’s Ibrahim al-Badri (Abu Bakr al-Baghdadi) in October, where the dynamics shifted little, Sulaymani’s death opens up questions about the direction in which the Middle East will now move. END_OF_DOCUMENT_TOKEN_TO_BE_REPLACED

The New York Times reported on the growing closeness of relations between the governments in Iran and Russia, and the Taliban movement in Afghanistan, something that became especially salient earlier this year and which has been visible for at least two years. END_OF_DOCUMENT_TOKEN_TO_BE_REPLACED

The evidence is mounting that Vladimir Putin’s government supports the Taliban as a means of thwarting NATO interests in Afghanistan. Russia has long manipulated terrorists, internally and abroad, to suit its policy aims, but as Moscow solidifies its relationship with the Iranian revolution the Russian policy, particularly in Syria, has become something more like a conventional alliance—not least because those who run Tehran’s foreign policy and the clerical regime’s most powerful assets are themselves terrorists. END_OF_DOCUMENT_TOKEN_TO_BE_REPLACED