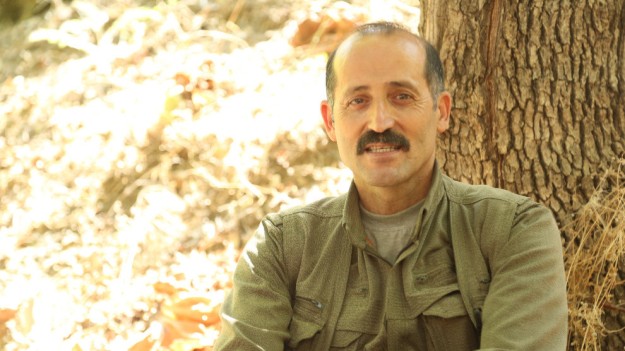 The Kurdistan Workers’ Party (PKK) announced earlier this week that one of its senior commanders, Ismail Nazlikul (who used the codename “Kasim Engin”) had been killed on 27 May in a Turkish airstrike in Iraqi Kurdistan. END_OF_DOCUMENT_TOKEN_TO_BE_REPLACED

The clerical regime in Iran established a relationship with Al-Qaeda shortly after its foundation thirty years ago. One of Tehran’s and Al-Qaeda’s first joint projects was in Bosnia during the war (1992-5), where Iran helped to make Al-Qaeda a truly global phenomenon—with a foothold in Europe. For various reasons—some well-intended, some not—this fact has been either unknown or (shall we say) “controversial” in the West in the decades since. It is, therefore, important to note that there have been several recent revelations from in and around the Iranian regime itself that confirm the Islamic Republic’s involvement in the Balkans in the early 1990s. END_OF_DOCUMENT_TOKEN_TO_BE_REPLACED

At 1 AM on 3 January, an American drone strike killed the head of Iran’s Quds Force, the division of the Islamic Revolutionary Guards Corps (IRGC) charged with exporting the Islamic revolution, and his Iraqi deputy, Jamal al-Ibrahimi (Abu Mahdi al-Muhandis). Sulaymani was the strategic driver of Iran’s expansionist policy in the Middle East, as well as the orchestrator of its terrorism and assassinations further afield. Unlike with the killing of Al-Qaeda’s Usama bin Laden in 2011 or the Islamic State’s Ibrahim al-Badri (Abu Bakr al-Baghdadi) in October, where the dynamics shifted little, Sulaymani’s death opens up questions about the direction in which the Middle East will now move. END_OF_DOCUMENT_TOKEN_TO_BE_REPLACED

PKK at a terrorist training camp in the Asad regime-held Bekaa Valley of Lebanon, 1991 [source]

My friend Oved Lobel, a researcher focused on Russia’s role in the Middle East (among other things), found several interviews the Russian media did with Kurdistan Workers’ Party (PKK) leaders, one with the leader himself Abdullah Ocalan, talking about, inter alia, the group’s relationship with Moscow. He very helpfully translated them and with his permission they are published below.

The broad outline of the PKK’s relationship with the Soviet Union—and then the Russian Federation—is fairly clear. After the PKK was founded in Turkey in the late 1970s by Ocalan, it was evicted from the country during the 1980 military coup. The PKK moved to Syria, where Ocalan was already based, having fled Turkey in June 1979. From there, the PKK moved into the Bekaa area of Lebanon, at that time controlled by the Syrian regime of Hafez al-Asad, and the Soviets acted through Asad, as they so often did in dealing with terrorist groups, to build the PKK into a fighting force that was then unleashed in 1984 on Turkey, a frontline NATO state in the Cold War. END_OF_DOCUMENT_TOKEN_TO_BE_REPLACED 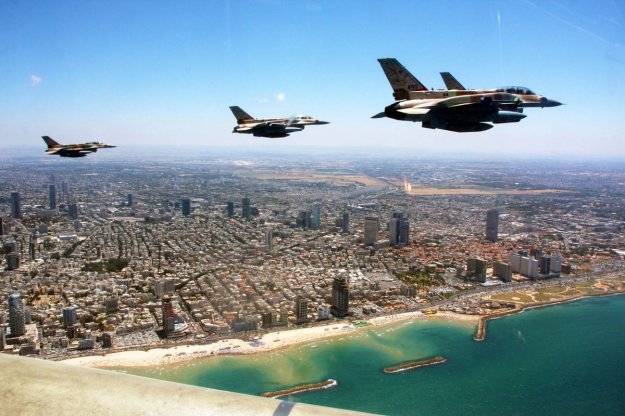 Israeli opinion generally regards the country’s efforts to contain Iran, especially in Syria, as having been successful. In fact, the trendline runs the other way: Iran is constraining Israel, entrenching all around the Jewish state. END_OF_DOCUMENT_TOKEN_TO_BE_REPLACED

As the regime of Bashar Assad appears to be consolidating in Syria, many Israelis have concluded that their government’s handling of the crisis was generally laudable.

The most comprehensive statement of this view was given recently in Haaretz by Anshel Pfeffer (Netanyahu Outfoxed Russia, Iran and ISIS With His Cynical, Ruthless Syria Policy.) Every aspect of this is open to question. END_OF_DOCUMENT_TOKEN_TO_BE_REPLACED

The Syrian regime of Bashar al Assad has nearly collapsed twice under pressure from the armed insurrection, in late 2012 and early 2015. On both occasions, Assad was rescued by outside powers, first Iran and then a joint Iranian-Russian operation. It has been a recurring illusion that there is or will be, a strategic split between Russia and Iran. This prospect has continued to tantalise the US and others, and occasional Moscow-Tehran disagreements are presented as evidence that dynamics are shifting this way. Another round of such speculation is currently underway. END_OF_DOCUMENT_TOKEN_TO_BE_REPLACED

Published at The Arab Weekly

Benny Gantz, a former head of the Israel Defence Forces, opened his campaign for prime minister on January 29 with a speech setting out his programme. Gantz was swiftly denounced by Israeli Prime Minister Binyamin Netanyahu as a “leftist” but there is no sign of that in what is known of Gantz and for good reason. END_OF_DOCUMENT_TOKEN_TO_BE_REPLACED

Forty years ago yesterday, Muhammad Reza Pahlavi, the Shah (King) of Iran, left his country for the last time as a year-long revolution crested. A month later, the remnants of the Imperial Government collapsed and Grand Ayatollah Ruhollah Khomeini was swept to power after his long exile, establishing the first Islamist regime. Andrew Scott Cooper’s 2016 book, The Fall of Heaven: The Pahlavis and the Final Days of Imperial Iran, charts how this happened. END_OF_DOCUMENT_TOKEN_TO_BE_REPLACED

A version of this article was published at CapX President Trump in a Twitter video saying fallen soldiers agree with his plan to withdraw from Syria, 19 December 2018 [image source]

“We have won against ISIS”, declared President Donald Trump in a Twitter video on Wednesday night. “We’ve taken back the land. And now it’s time for our troops to come back home.” After a day of reporting that the United States has decided on a rapid, total withdrawal from Syria, here was the confirmation. It is a policy course fraught with danger and very likely to lead to outcomes unfavourable to Western interests, whether defined in humanitarian or strategic terms.
END_OF_DOCUMENT_TOKEN_TO_BE_REPLACED