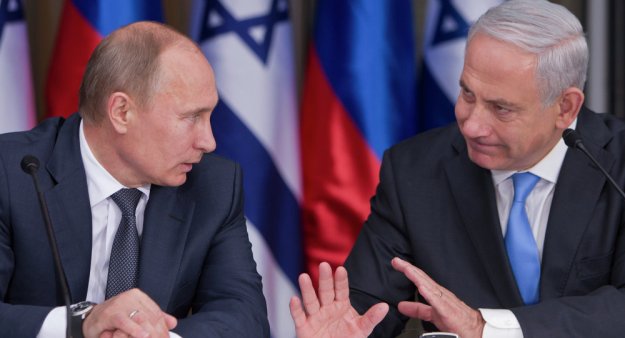 Essay: “Zionism is Making Us Stupid”: The Russian Relationship with Israel from the Soviets to Putin END_OF_DOCUMENT_TOKEN_TO_BE_REPLACED

I released a report today, published by the Henry Jackson Society, Qatar and the Gulf Crisis. The intent was to examine the charges made against the Qatari government by its Gulf neighbours with regard to the funding of terrorism, the hosting of extremists, the dissemination of hate speech and incitement, among other things. Having separated fact from fiction with regards to he accusations against Qatar, the report proposes how Britain might proceed in such a way as to press Doha on issues of concern, while avoiding being drawn into the middle of the Gulf dispute, and trying to foster reconciliation between allies, especially at a time when a united front is necessary to oppose the far larger challenge of the Iranian theocracy.  END_OF_DOCUMENT_TOKEN_TO_BE_REPLACED

In September 2014, Kuwait undertook a series of raids against terrorists loyal to the Islamic State (IS). It was found by authorities that one of the “great influence[s]” over the jihadi-Salafists in Kuwait was Abdulmuhsin al-Taresh (Abu Jandal al-Kuwaiti). Al-Taresh was an important propagandist-recruiter for IS at this time, and would later become a senior military official. He was killed near IS’s Syrian capital, Raqqa, by the U.S.-led Coalition at the end of December. END_OF_DOCUMENT_TOKEN_TO_BE_REPLACED

The offensive to wrest the Iraqi capital of the Islamic State’s (IS) caliphate, Mosul, from the terror organization began on 17 October, led on the ground by Iraqi and Kurdish forces and supported from the air by the U.S.-led Coalition. While progress has been generally steady, IS has been able to mount a series of diversionary attacks, the most significant in Kirkuk City. Among those subsequently arrested for a role in planning the terrorism in Kirkuk is a cousin of Saddam Husayn, a micro-example of the influence of the fallen regime on the current situation in Iraq. END_OF_DOCUMENT_TOKEN_TO_BE_REPLACED

Earlier this week I wrote of the unmasking of “Jihadi John,” the Islamic State’s (ISIS) video-beheader, as 26-year-old British citizen Mohammed Emwazi. I had two purposes. One was to gloat over the implosion of CAGE (formerly Cageprisoners), an Islamist terrorist-advocacy group that had gotten itself called a “human rights organisation“. And the second was to point out that the narrative peddled by CAGE and other apologists, that Emwazi had been radicalised by heavy-handed British security methods, was plainly absurd.

Emwazi had been associating with al-Qaeda agents and sympathisers and was part of a London-based network that dispatched fighters to al-Qaeda’s Somali branch al-Shabab years before he came into contact with the security services—indeed the security services had only taken an interest in Emwazi because he was already radicalised. In the last few days both of these trends have continued: CAGE’s total collapse moves closer and Emwazi’s known nefarious associations are multiplying. END_OF_DOCUMENT_TOKEN_TO_BE_REPLACED 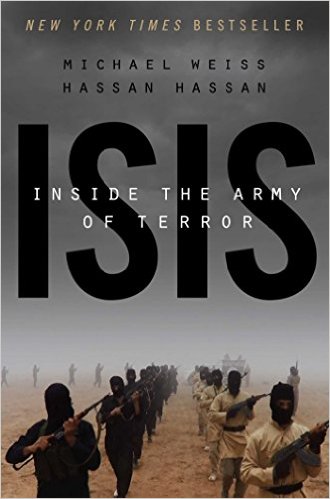 Book Review: ISIS: Inside the Army of Terror (2015) Michael Weiss and Hassan Hassan

ISIS: Inside the Army of Terror, by Michael Weiss and Hassan Hassan, is brilliantly easy to read. Concise yet thorough the book charts the history of a group, “[a]t once sensationalized and underestimated,” that is simultaneously a terrorist organisation, mafia, conventional army, sophisticated intelligence-gathering apparatus, propaganda machine and the remnants of the Saddam Hussein regime which controls an area the size of Britain in the heart of the Middle East. END_OF_DOCUMENT_TOKEN_TO_BE_REPLACED

Kanan Makiya is of that very small school of Arab writers—Fouad Ajami, Ali Allawi, and Said Aburish about the only others—who write as if the Arabs had any agency at all in the decline of their world. The first part of the book deals with the cruelty of the Arab world in general but the Saddam Hussein regime in particular, END_OF_DOCUMENT_TOKEN_TO_BE_REPLACED