A new jihadi faction announced its formation in Syria on 27 February 2018: Tandheem Hurras al-Deen,[1] which translates as The Organization for the Guardians of the Religion or the Religious Guardians’ Organization. Hurras al-Deen is, unofficially, the re-emergence of a branch of al-Qaeda in Syria after the schism between al-Qaeda “central” and Hay’at Tahrir al-Sham (HTS). The first statement from Hurras al-Deen was released via Telegram and is reproduced below. END_OF_DOCUMENT_TOKEN_TO_BE_REPLACED

Ahmad al-Shara (Abu Muhammad al-Jolani), the leader of the Syrian jihadi group, Hay’at Tahrir al-Sham (HTS), released an audio speech, entitled, “Their Plot Will Not Harm You At All” or “Not The Least Harm Will Their Cunning Do To You” [Ali Imran (3): 120], on 16 January 2018. The speech is a continuation of themes HTS—even under its previous names, Jabhat al-Nusra and Jabhat Fatah al-Sham—has used, namely that it saw through the “peace processes” from the beginning as a conspiracy against the revolution, and that only it has the will and capacity to fulfil the desires of those Syrians who want to be free of Bashar al-Asad’s tyrannical regime. The recent insurgent counter-offensive in Idlib is taken by HTS as vindication, and as an opportunity to draw what’s left of the northern rebellion out of Turkey’s orbit and under its influence. A pro-HTS Telegram channel put out a transcript of the speech, which is reproduced below with some syntactical edits.
END_OF_DOCUMENT_TOKEN_TO_BE_REPLACED 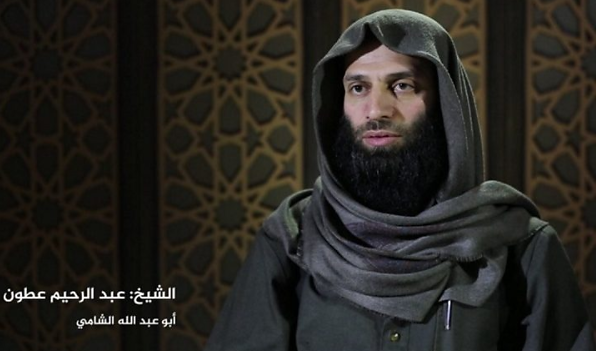 Abdurraheem Atun (Abu Abdallah al-Shami), the leading cleric of Hayat Tahrir al-Sham (HTS), released a statement on 29 November 2017, dated 13 October 2017, laying out the history of HTS, its evolution from Jabhat al-Nusra to Jabhat Fatah al-Sham to HTS, and its relationship with al-Qaeda. Atun’s statement was a response to a speech a day earlier by al-Qaeda’s leader, Ayman al-Zawahiri, which said that HTS remained bound to him and al-Qaeda through a bay’at (oath of allegiance) and HTS’s attempts to get out of this were un-lawful manipulations of the kind used by the Islamic State. Atun’s statement was translated by Al-Maqalaat and an edited version is posted below. END_OF_DOCUMENT_TOKEN_TO_BE_REPLACED

The leader of al-Qaeda, Ayman al-Zawahiri, gave a thirty-five-minute speech on 28 November 2017, entitled: “Let Us Fight Them As A Solid Structure” (or “Let Us Fight Them As One Body” or “Let Us Fight Them With Solid Foundations”), dealing with the vexed question of al-Qaeda’s relationship with the Syrian jihadi group, Hay’at Tahrir al-Sham, a situation that escalated again in recent days. The mention of an impending Turkish intervention into Idlib—which began on 7 October—suggests that al-Zawahiri recorded this speech in the last days of September or the first few days of October. An English transcript of the speech was released by As-Sahab Media, and is reproduced below with some edits for syntax and transliteration. END_OF_DOCUMENT_TOKEN_TO_BE_REPLACED 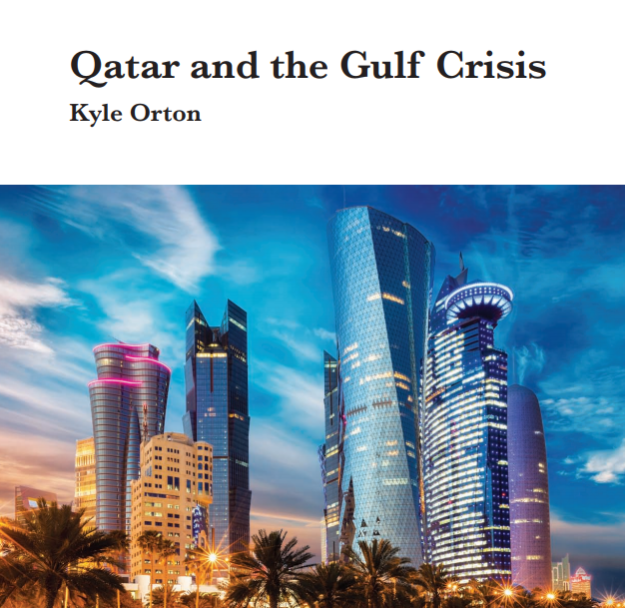 I released a report today, published by the Henry Jackson Society, Qatar and the Gulf Crisis. The intent was to examine the charges made against the Qatari government by its Gulf neighbours with regard to the funding of terrorism, the hosting of extremists, the dissemination of hate speech and incitement, among other things. Having separated fact from fiction with regards to he accusations against Qatar, the report proposes how Britain might proceed in such a way as to press Doha on issues of concern, while avoiding being drawn into the middle of the Gulf dispute, and trying to foster reconciliation between allies, especially at a time when a united front is necessary to oppose the far larger challenge of the Iranian theocracy.  END_OF_DOCUMENT_TOKEN_TO_BE_REPLACED

Hay’at Tahrir al-Sham (HTS), a powerful jihadi group in northern Syria, formally broke from al-Qaeda’s command over the last year. In the morning of 27 November, HTS arrested the leaders of a splinter group from HTS that remained loyal to al-Qaeda. The arrests were first reported by pro-al-Qaeda media, and HTS has since released a statement explaining that, having found this al-Qaeda group unwilling to even engage in reconciliation talks, it placed “the heads of turmoil” before a “just shari’a court” to answer for spreading demoralizing lies about HTS. END_OF_DOCUMENT_TOKEN_TO_BE_REPLACED

Hay’at Tahrir al-Sham (HTS), the jihadist group in Syria that has broken away from al-Qaeda’s formal command, appears to have arrested the leaders of its splinter group that retained allegiance to al-Qaeda on 27 November. The arrests were first reported by pro-Qaeda media and later by HTS itself. HTS released a statement on the matter yesterday evening, “For the judicial authorities will be the decisive word,” which was translated by Al-Maqalaat and is reproduced below with some syntactical edits. END_OF_DOCUMENT_TOKEN_TO_BE_REPLACED