To even pose the question is, for most of us, to be already well-advanced down the road of madness that leads to saying the U.S. federal government murdered President John F. Kennedy. Dr. David Kaiser’s The Road to Dallas (2008) rejects such vast conspiracy theories, as it does the notion of Lee Harvey Oswald as the lone killer. Kaiser instead argues for a more limited conspiracy, led by the mob bosses of mid-20th century America, and originating in the grey-zone where that world met the Cuban exile community and the Central Intelligence Agency’s efforts to bring down Fidel Castro. END_OF_DOCUMENT_TOKEN_TO_BE_REPLACED

Watan FM, one of the free media outlets that sprang up in the early days of the Syrian uprising in 2011 and which has since migrated to Turkey, reported on 17 March 2017 about the trade between the regime of Bashar al-Assad and the Islamic State. The article is reproduced below. END_OF_DOCUMENT_TOKEN_TO_BE_REPLACED 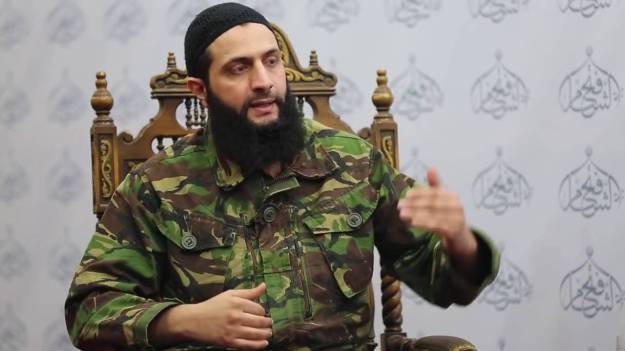 Violence erupted between Jabhat Fatah al-Sham, the rebranded al-Qaeda branch in Syria, and Ahrar al-Sham, its long-time ally and its bridge into the Syrian rebellion, beginning on 19 January. These clashes expanded to encompass the mainstream armed opposition on 23 January. Today, al-Maqalaat, a pro-JFS outlet, published a long statement explaining the fighting from JFS’s point-of-view. The salient points of the argument and other interesting elements are highlighted in bold. END_OF_DOCUMENT_TOKEN_TO_BE_REPLACED

This review can be read in six parts: one, two, three, four, five, and six.

The fourth Caliph, Ali, was assassinated during a civil war that his supporters, Shi’atu Ali (Followers of Ali), lost to the Umayyads, who thereafter moved the capital to Damascus. The Shi’a maintained that the Caliphate should have been kept in the Prophet’s family; over time this faction evolved into a sect unto themselves, which largely functioned as an official opposition, maintaining its claim to the Caliphate, but doing little about it. Several ghulat (extremist) Shi’a movements emerged that did challenge the Caliphate. One of them was the Ismailis. Calling themselves the Fatimids, the Ismailis managed to set up a rival Caliphate in Cairo from the mid-tenth century until the early twelfth century that covered most of North Africa and western Syria. A radical splinter of the Ismailis, the Nizaris, broke with the Fatimids in the late eleventh century and for the next century-and-a-half waged a campaign of terror against the Sunni order from bases in Persia and then Syria. In the late thirteenth century the Nizaris were overwhelmed by the Mongols in Persia and by the Egyptian Mameluke dynasty which halted the Mongol invasion in Syria. The Syrian-based branch of the Nizaris became known as the Assassins, and attained legendary status in the West after they murdered several Crusader officials in the Levant. Attention has often turned back to the Assassins in the West when terrorist groups from the Middle East are in the news, but in the contemporary case of the Islamic State (ISIS) the lessons the Nizaris can provide are limited. END_OF_DOCUMENT_TOKEN_TO_BE_REPLACED

This is the final part of a six-part series. Read parts one, two, three, four, and five, or read the whole essay.

Masyaf fortress, the headquarters of the Nizari Ismailis (The Assassins) in Syria

The Nizari Ismailis did not invent assassination, of course; only lent it their name. The Ismailis were “part of a long tradition that goes back to the beginnings of Islam … of popular and emotional cults in sharp contrast with the learned and legal religion of the established order.” Still, the Nizaris did rely on the Holy Law. The ideal of Islamic governance might be authoritarian, but it is not arbitrary; if a ruler crosses the shari’a it becomes a duty to resist. This element became gradually more marginal as the religion formed into a State and Empire, but it was there and many other sects had called on it in their opposition to the prevailing regimes. The Nizaris were the first to call up this tradition of righteous rebellion and combine it with an effective opposition organization.

In their use of conspiracy, assassination, and even the ceremonial nature of the murders and the weapon-cult, the Assassins were hardly unique. But they might well be the first terrorists: those who, at an overwhelming disadvantage in conventional terms, used unconventional means in a planned, long-term campaign of targeted violence as a political weapon with the intention of overturning the established order. END_OF_DOCUMENT_TOKEN_TO_BE_REPLACED