The leader of the Islamic State (IS), Ibrahim al-Badri (Abu Bakr al-Baghdadi), released a nearly 55-minute audio statement today, his first statement for eleven months, which in turn came eleven months after the prior speech. This is al-Badri’s thirteenth speech since he became leader of the IS movement in May 2010 and the eighth since IS declared the restoration of the caliphate in June 2014. The title of today’s speech, “Give Glad Tidings to the Patient”, is drawn from a verse of the Qur’an that promises “glad [or good] tidings” in Paradise to those who remain steadfast on the path of faith in life, which is very much the theme al-Badri sticks to. END_OF_DOCUMENT_TOKEN_TO_BE_REPLACED 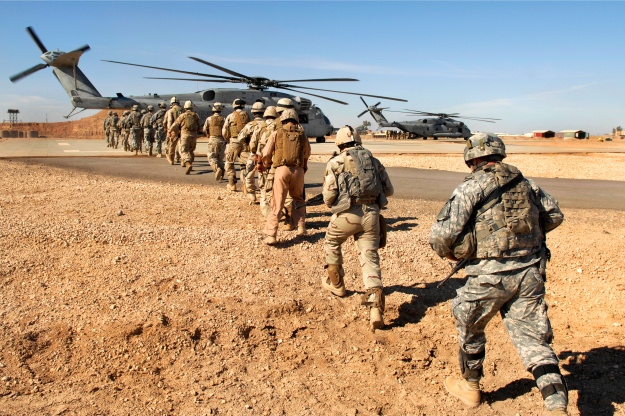 The leader of the Islamic State (IS) when it was declared in October 2006 was Hamid al-Zawi (Abu Umar al-Baghdadi). Al-Zawi was killed in April 2010 and replaced in May 2010 by the current leader of the IS movement, Ibrahim al-Badri (Abu Bakr al-Baghdadi), who more explicitly embraced the title of “caliph”. On 12 May 2009, al-Zawi gave his seventeenth speech, entitled Umala Kadhabun (عملاء كذابون), which translates to something like “Lying Agents” or “Deceitful Spies”. The speech was released by IS’s Al-Furqan Media Productions and a translation was made by a pro-IS online outlet, The Jihadist Media Elite. The transcript is reproduced below. END_OF_DOCUMENT_TOKEN_TO_BE_REPLACED

The forty-fifth edition of the Islamic State’s “Distinguished Martyrs” series, published by al-Furqan Media in Rajab 1431 (June/July 2010), profiled Abu Zahra al-Issawi, the media emir or information minister of the organization between some point after July 2007, when Khalid al-Mashadani (Abu Zayd al-Mashadani) was arrested, and some point before September 2009, when Ahmad al-Ta’i was announced as holding the position. END_OF_DOCUMENT_TOKEN_TO_BE_REPLACED

Abdallah Najem al-Jawari (Abu Azzam al-Iraqi) was something like the Islamic State (IS) movement’s first Finance Minister and a senior regional official, first in his native Anbar—he was from Fallujah—and later in Baghdad. Joining the group quickly after the collapse of the Saddam Husayn regime, al-Jawari was killed in 2005. Al-Jawari remains among those commemorated by IS as founders who set the stage for the current rise of “the State”.
END_OF_DOCUMENT_TOKEN_TO_BE_REPLACED

Mohamed Moumou, better-known as Abu Qaswara, was the Commander of the North for the Islamic State of Iraq (ISI), one of the most powerful military positions in the group, when he was killed by American forces in Mosul on 5 October 2008. END_OF_DOCUMENT_TOKEN_TO_BE_REPLACED

The Islamic State (IS) has named a new official spokesman, Abu Hassan al-Muhajir. Abu Hassan is the fourth man to hold the position of spokesman within the IS movement, and the third since it declared statehood in 2006. Very little is known about Abu Hassan but assessing the history of IS’s media enterprise offers some hints about his profile. In this regard, a new paper by Dr. Craig Whiteside of the International Centre for Counter Terrorism Terrorism is instructive. Looking forward, examining Abu Hassan’s inaugural speech offers some clues about the direction IS’s messaging and behaviour will take now as its statelet shrinks under pressure from the U.S.-led Coalition. END_OF_DOCUMENT_TOKEN_TO_BE_REPLACED

Raqqa is Being Slaughtered Silently (RBSS) is an activist group working from within the capital of the Islamic State (or so-called capital of the so-called Islamic State, if you prefer) to bring news to the outside world of the horrors therein. For this they have paid a heavy price. On 22 September, RBSS published a list on Twitter of eighteen Islamic State (IS) operatives who had been killed by the U.S.-led Coalition between 20 August and 21 September 2016. This list, presented below with some notes and context, shows the preparations being made for the rapidly-approaching offensive on IS’s Iraqi capital. END_OF_DOCUMENT_TOKEN_TO_BE_REPLACED