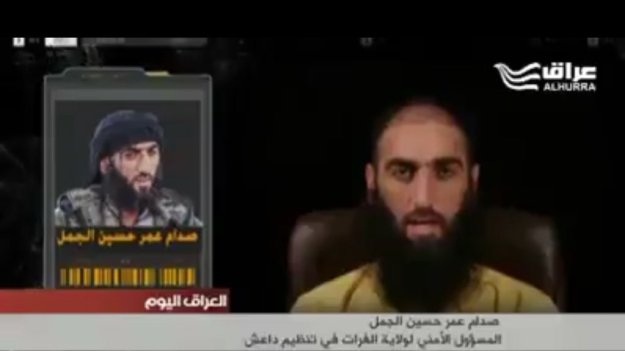 Saddam al-Jamal after his capture, 9 May 2018 (image source)

Saddam al-Jamal, born in al-Bukamal, a town near the Iraqi border in Syria’s the Deir Ezzor province, became a prominent example of a rebel against Bashar al-Asad’s regime who joined the Islamic State in 2013. It has now reported that al-Jamal has been arrested by the Iraqi government after an operation involving Turkey and the United States lured him into a trap. END_OF_DOCUMENT_TOKEN_TO_BE_REPLACED 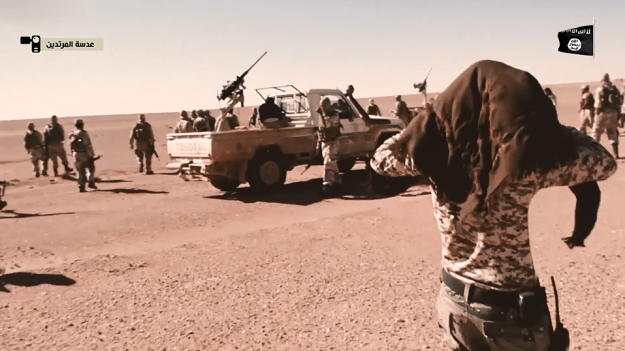 A ruling in the name of the Islamic State’s Delegated Committee, prepared it seems by one of its senior members, Abu Zayd al-Iraqi, was issued on 17 May, expanding the scope of who, within the Muslim community, IS considers a heretic. The memo was addressed to “All Wilayat, Dawawin, and Committees,” and entitled, “That Those Who Perish Would Perish Upon Proof and Those Who Live Would Live Upon Proof”. The wide use of takfir (excommunication) has been one of IS’s most defining and controversial features—even within the jihadist world. This judgment, which comes in the context of a broader centralization of authority—on 14 May a decree banned individual IS fighters from using social media—takes IS into territory akin to the Armed Islamic Group (GIA), which hereticized whole sections of Algeria’s population and began slaughtering them. The text of the ruling was released in English and is reproduced below. END_OF_DOCUMENT_TOKEN_TO_BE_REPLACED