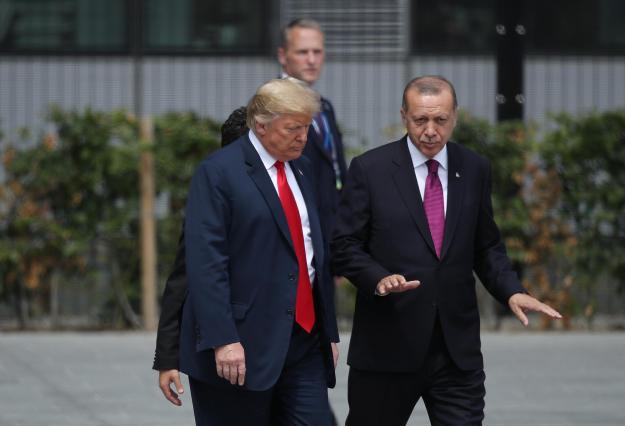 America’s imposition of sanctions on Turkey brings the relationship to its lowest ebb in more than forty years. Almost as soon as the Justice and Development Party (AKP) and its leader, Recep Tayyip Erdoğan, came into office in 2002 there have been tensions in the relationship. These manageable differences escalated considerably during the time of President Barack Obama, primarily because of his Syria policy, and now threaten to boil over. The chances to soothe a vital strategic partnership appear to be slipping.

Soon after AKP’s election, the parliament—against Erdoğan’s wishes—voted down a resolution that would have allowed American forces stationed in Turkey to form a “northern front” during the invasion of Iraq. The “hood event” a few months later led to a diplomatic dispute and a wave of anti-American anger in Turkey. The friction created by Erdoğan’s style was recognised early, though personalised analysis unhelpfully. The perception of U.S. diffidence in supporting Turkey after the Kurdistan Workers’ Party (PKK) renewed its terror-insurgency in 2004 was a source of some animadversions.

It was Syria’s uprising, however, that led to the sharp deterioration of U.S.-Turkish relations. Turkey, after initial hesitations, tried to secure Syrian President Bashar Assad’s downfall—apparently in alliance with America. As it happened, Obama had other ideas. A tilt toward Iran to secure the nuclear deal put Assad off-limits and the U.S. would intervene only against the Islamic State (ISIS)—in alliance with the People’s Protection Units, the Syrian department of the PKK. The Turks tried to work with the U.S. to constrain the YPG, but the U.S. focus on ISIS was monomaniacal.

Read the rest at Ahval