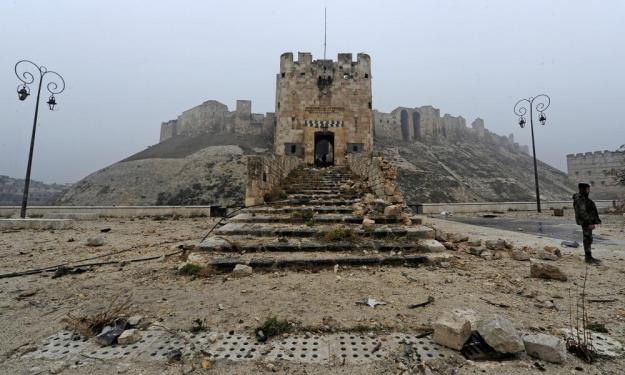 The Syrian opposition released a statement on 25 December 2017 making official its rejection of the upcoming Sochi conference, which, overseen by the Russian government, is intended to continue shaping the terms of a settlement in Syria. A translation of the statement was made by TNT and is reproduced below.

In the name of Allah, the Most Beneficent, the Most Merciful,

After its first failed attempt to convene the Sochi Conference to circumvent the Geneva process and international decisions, Russia stated at the recent Astana conference that it would convene the Sochi Conference and invite the opposition and the regime, and added that that it is necessary to give up the demand for the departure of the criminal [Bashar] al-Asad regime. We reject this, and affirm that Russia is an aggressor country that has committed war crimes against the Syrians, as recognized by many international bodies and organizations, including the crime of using chemical weapons.

The international community must hold Russia accountable. It has stood with the regime militarily and defended it politically throughout the seven years [of the uprising], and played the role of crippling the [United Nations] Security Council, opposing decisions to condemn al-Asad and his regime by using its veto more than ten times. Likewise, [Russia] falsely claims to be fighting terrorism in Syria, but in fact it fought the Syrian people, destroyed their cities, killed their women and children, expelled millions of our sons, and supported the criminal regime in [its campaign of] bombing, besieging, killing, and expulsion.

Russia did not contribute a single step to easing the suffering of the Syrians. It did not exert even a fingertip of pressure on the regime that it claims to be a guarantor for to press toward any real course for a solution.

Based on the above, we confirm the following:

First, our commitment to the path of a political solution, according to the [30 June 2012] Geneva One Declaration [that calls for the formation of an interim government based on “mutual consent” between the opposition and regime], [U.N. Security Council] Resolutions 2118 and 2254, and related international resolutions.

Second, our total rejection of Russia’s attempts to circumvent the Geneva process and the international resolutions of the U.N. Security Council.

Third, our absolute rejection of the conference that Russia seeks to convene in Sochi [in January 2018] and the invitees for which it is setting preconditions.

Fourth, we affirm that the release of detainees, the lifting of the sieges on the besieged areas, and articles 12, 13, and 14 of Resolution 2254 are due obligations, not issues of negotiation or extortion.

Fifth, we call on the international community, international organizations, and the Security Council to protect the Syrian people from their executioners and to stop this massacre that has been going on for more than six years.

Finally, in light of what our people are subjected to by way of injustice, targeting, and weakness, we call on all revolutionary forces and actors to stand united in the face of these surrounding threats and to be responsible and carry the trust that the heroes of this revolution—from among our martyrs, detainees, and the general public of our great people—have left for us.

May we live free and dignified,