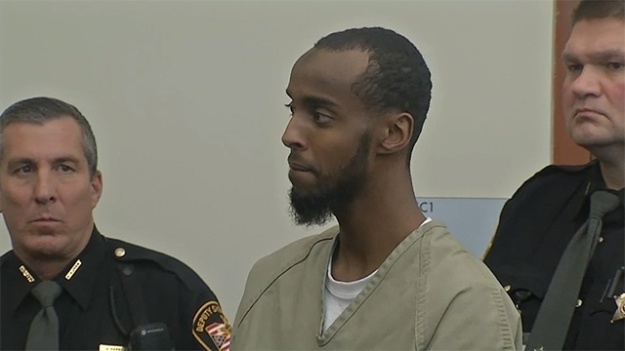 In April 2015, a United State Federal Grand jury in Ohio charged Abdirahman Sheik Mohamud, also known as “Ayanle”, with three terrorism-related offences. Yesterday, court records were unsealed that revealed that Mohamud pleaded guilty to all charges, admitting to having fought with a terrorist organization in Syria and returned to the United States with the intention of carrying out an act of domestic terrorism. Mohamud was in contact with foreign terrorist operatives throughout the period he was plotting an attack within the United States. But—and this is the most significant aspect of the case—Mohamud was not in contact with one of the Islamic State’s intelligence operatives, who guide attacks in a manner now relatively well-understood. Instead, Mohamud was in contact with Jabhat al-Nusra, at that time al-Qaeda’s declared branch in Syria. Al-Nusra is now known as Hay’at Tahrir al-Sham (HTS) and claimed in July 2016 to have disaffiliated from al-Qaeda’s “central”, not that this has (nor will nor should) remove HTS from the terrorism list. Regardless of its formal status within al-Qaeda’s command structure, HTS retains significant links with al-Qaeda’s global networks, and a breakaway group from HTS in Syria has reaffirmed its loyalty to al-Qaeda. Mohamud’s case is an extremely important data point in assessing the risk these overlapping and mutually reinforcing entities pose to the West and the wider world.

Mohamud’s brother, Abdifatah Aden, had travelled to Syria to do jihad in the ranks of Jabhat al-Nusra in May 2013. From September 2013, an intercepted message shows, Mohamud planned to join Aden in Syria. Between January and April 2014, the brothers plotted how to move Mohamud.

Mohamud became a naturalized citizen in the U.S. on 18 February 2014, and applied for a passport a week later, on 25 February. Mohamud left the U.S. on 8 April 2014, ostensibly bound for Greece, but he deliberately did not take his connecting flight after landing in Istanbul, Turkey. Between 19 and 25 April 2014, Mohamud and Aden worked through multiple al-Nusra facilitators to get Mohamud into Syria, where he arrived on 25 April, according to messages sent by Aden and the facilitators.

In Syria, Mohamud engaged in fitness training at al-Nusra camps, and also received instructions on weapons and tactics from al-Qaeda’s Syrian wing. Mohamud expressed a willingness to die fighting for al-Nusra’s cause.

Aden was killed on 3 June 2014, and Mohamud departed Syria for the U.S. on 8 June, under instructions from “a cleric in the organization [who] told Mohamud that he should return to the United States and carry out an act of terrorism”, according to the indictment. Mohamud had been planning to kidnap and murder American soldiers, and had been trying to recruit others to this scheme. Mohamud was arrested on 21 February 2015.

According to the statement released by the U.S. Justice Department on 29 June 2017, Mohamud entered his plea on 14 August 2015, but it remained sealed “because of an ongoing investigation”.

It can now be conclusively said that Mohamud provided material support—namely himself, plus the money to the facilitators—to terrorists and specifically to al-Nusra, a designated foreign terrorist organization (FTO) by the U.S. State Department. In addition, in an interview with the FBI in February 2015, Mohamud claimed he had never left Istanbul between April and June 2014, a willful falsehood intended to conceal his involvement in terrorism.

“Mohamud admitted to traveling overseas, providing material support to a designated foreign terrorist organization, and receiving training from terrorists. He also admitted to returning to the United States and planning to conduct an attack on American soil. He will now be held accountable for his crimes,” said Acting Assistant Attorney General Boente.

The attempted attack in the U.S. is the most interesting and important aspect of this.

AL-QAEDA IN SYRIA-TURKEY AND FOREIGN ATTACKS

Al-Qaeda clearly has robust networks spread through northern Syria and Turkey. The exterminationist conduct of Bashar al-Assad’s regime, the Iranian Islamic Revolutionary Guard Corps (IRGC) and its legion of transnational Shi’a terrorist groups, and Russia’s air force against the Syrian population those rose against Assad in 2011 has provided an ideal environment for al-Qaeda to embed itself in local communities and insurgent dynamics, as well as to attract foreign fighters.  The international coalition that is warring on the Islamic State has intermittently realized there are other threats in Syria, and an escalated campaign targeting al-Qaeda’s leaders in the Levant was undertaken at the end of last year, though it now appears to have halted.

The U.S. Director of National Intelligence between 2010 and January 2017, James Clapper, said in early 2016 that al-Qaeda still “aspires to attack the U.S. and its allies” and the Syria-Turkey zone is, with the Afghanistan-Pakistan theatre, among the “nodes” in al-Qaeda’s network, where the organisation is “dedicating resources to planning attacks”. Clapper later slightly revised this statement, saying that the direct threat to the West from al-Qaeda’s Syrian-Turkish network was “nascent” and “aspirational”, rather than “imminent”, and “doesn’t approach the threat” posed by the Islamic State.

While Clapper seems to suggest that al-Qaeda in the Levant could not attack Europe or America right now, another view is that it would not. There is reason to think that al-Qaeda is capable of carrying out a terrorist attack in the West already from its bases on Europe’s doorstep in Syria and Turkey, but has chosen not to for tactical reasons related to its shift in strategy toward what might be called “glocalism”: tangling itself into the dynamics of conflict zones like Syria, Yemen, and West Africa, where it can, vanguard-style, meet the local needs of the inhabitants (security from a murderous regime, basic services), while normalizing and spreading its globalist ideology. If it succeeds, al-Qaeda would become so organically tied to the environment that if and when it returns to foreign attacks, there would be no easy return address. Effectively, al-Qaeda would have shielded its global jihadist agenda behind local civilian populations.

The data to resolve this debate has been lacking, and Mohamud’s case is by no means a resolution—but it could go a long way towards an answer if certain questions are settled. These questions would include: How closely was Mohamud being directed from Syria in his plotting in the U.S.? Was it the kind of general guidance al-Qaeda used to give to returnees or the intimate guidance of the Islamic State that talks its killers through their operations right until the moment of detonation? Was the operation signed-off on by senior al-Nusra/HTS officials? Did al-Nusra have other operatives on remote-control that it tried to connect with Mohamud for this plot?

UPDATE (4 July 2017): An article for The New Arab by Oved Lobel brought attention to the claims by the Russian government that a series of attacks in 2016 and 2017 have been “guided from Syria via Telegram, WhatsApp, and other encrypted messenger apps” by the Uzbek jihadist group Katibat Tawhid wal-Jihad (KTJ), a component of Jabhat al-Nusra since late 2015. The Russian special services claim that KTJ’s commander, Sirozhidin Mukhtarov (Abu Saloh al-Uzbeki), personally guided, among others, the April 2017 bombings of the metro in Saint Petersburg and Moscow. The Russians also maintain that Mukhtarov, using this model of remote-control attacks that bears a striking resemblance to the Islamic State’s methodology, was responsible for the 30 August 2016 car bombing at the Chinese Embassy in Bishkek, Kyrgyzstan. The Kyrgyz regime laid blame not only on Mukhtarov but the ethnic-Uyghur Turkistan Islamic Party, also a component of al-Nusra. Some of the evidence released is quite suggestive that the Kremlin is on to something, Lobel notes, yet other parts, even within the official investigation, are contradictory, and, as ever, anything said by the Russian secret police cannot be taken at face value.

UPDATE (22 January 2018): Mohamud, now-26, was convicted for providing material support to terrorism and giving false statements to the FBI. Mohamud was sentenced to twenty-two years in prison.

UPDATE (25 January 2018): When the court records were officially filed it was disclosed that Mohamud, who had presented himself as remorseful during the trial, had written a letter to the judge on 12 December 2017, in which he said: “I truly don’t believe I deserve prison at all”. Mohamud went on to request that he be deported, rather than imprisoned: “[I]f the concern is risk assessment then deportation would set everyone’s hearts at ease”.