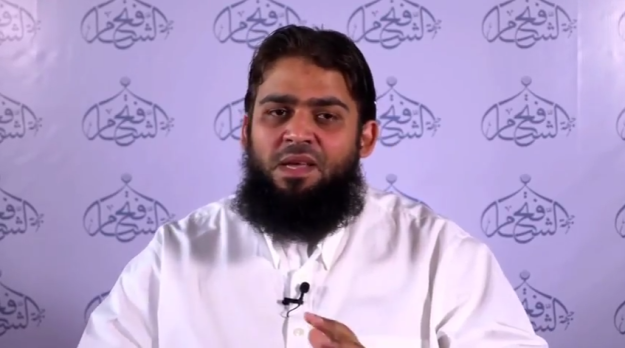 Mostafa Mahamed (Abu Sulayman al-Muhajir) is a U.S.-designated terrorist, an al-Qaeda operative who has formally resigned from al-Qaeda’s branch in Syria, Jabhat Fatah al-Sham (JFS), which was previously Jabhat al-Nusra and has now reorganized itself as Hay’at Tahrir al-Sham (HTS). Earlier this month, on 11 March, Michael Ratney, the U.S. special envoy to Syria, released an open letter (in Arabic) labelling all constituents of HTS as terrorists seeking to exploit the Syrian opposition, and incited divisions within the Islamist sections of the insurgency by including Ahrar al-Sham—heretofore a close HTS ally, though recently involved in clashes with the group—as part of the Syrian revolution. HTS issued a formal response on 12 March and, on 20 March, Mahamed issued his own response, which is reproduced below. The main themes were anti-Americanism and dissuading the Syrian armed opposition that the U.S. was an ally; arguing that HTS was different than JFS and unconnected to al-Qaeda; and the strong impression of a threat should the U.S. move against HTS—while explicitly denying that such a threat was being made.

The recent statement by the U.S. special envoy for Syria, Michael Ratney, aims to cause disunity and discord in Syria by attempting to isolate former JFS members, who have recently dissolved into the larger, unified body known as Hay’at Tahrir al-Sham (HTS). The one page official statement, drafted in Arabic, did not have an English translation, nor was it available on their government website. Rather, the U.S. administration chose to address a very particular Arabic-speaking audience by releasing their statement on the official Twitter page of the U.S. Embassy in Syria. Twitter is an extremely popular platform amongst this constituency, and is where most information regarding the revolution is found, shared, discussed, and disseminated; so it is no wonder that the statement spread through cyberspace like wildfire among the mujahideen in a matter of minutes.

The statement is almost a clear designation of HTS as a terrorist organisation, and if it were not for the necessary formalities, I would have it considered it so. Regardless, I believe that the U.S. will deal with HTS in whichever way it pleases, and just as their bloody military track-record clearly proves, they are not prepared to be held accountable by anyone, nor will any attack by them require verifiable proof to legitimatise or justify it. According to the statement, collective punishment only requires the presence of former JFS members in the ranks of HTS. That is one excuse that has been maintained by the American administration since their interference in the Syrian revolution to justify their crimes. As long as there is one man that resembles al-Qaeda in one way or another, they have the right to blow Syria to smithereens. That man will not exist, and if for some reason he does not, they will find a way to say that he does.

The Americans are desperately counting on: a) using scare-tactics to convince the public that all evil that has come to them is a result of a hidden bogey-man that is secretly collaborating with the diabolical global organisation known as al-Qaeda; b) creating disunity and discord amongst members of HTS by hoping they will ‘take the bait’ and believe that they may survive if they are subservient. The truth is: every tyrant uses false flags to offer hope, security, and success to a weak, uneducated audience. While the Muslim umma [community or nation] is far from where it should be today, I can confidently say that even the layman can see through the smoke and mirrors here. I will go as far as saying that even those who are meeting with the Americans regularly, nodding their heads in agreement and doing their best to show those big pearly whites do not believe for a moment that America is the “friend” of the Syrian people. It is politics, and many of those who have chosen to get involved are doing so assuming they are ensuring the interests of their cause (even though most are deluded and politically naive). In any case, everybody knows too well that there does not exist a nation on this earth that is driven by economic and political self-interests more than America.

Gaining the trust of the Muslim people is an unachievable mission that America is willing to spend billions to achieve. What makes me even more confident that their mission is a complete failure is the fact that even though mujahideen are far from ideal, and even with the aggressive mass war waged against them, they still enjoy a relatively public support. Members of society still believe in them and their cause. Of course, there is frustration and anger amongst many, but that is only expected given the extreme circumstances we are going through, most of which is a result of the injustices and oppression raining down on the Syrian people. I do not intend to justify mistakes or ignore deficiencies that exist in the ranks of the Islamic movement as a whole; some factions obviously being more erroneous than others, but placing the Muslim mujahid in the same boat as the Americans is nothing short of criminal. Further, the Muslims are growing more aware and have developed an acuity that allows them to see the American administration for what they really are. That is not going to change any time soon; if it does change for some, it will not be enough to harm the Islamic project, nor will it be enough to ensure the American project in the Middle East is achieved.

The statement written in Michael Ratney’s name was a threat; threats are made by those who are not willing to fight the fight, or at least are not ready just yet. There is something stopping them from making that call. America knows who they are in the eyes of the masses. Another invasion of a Muslim country will only increase resentment and will certainly encourage acts of aggression against them.1 That is not something America wants to do right now. They have much more to lose in a making that call than a country like Russia, for example.

This threat was an attempt steer less resolved members of HTS away from the Islamic project by encouraging them to think of ways to avoid the rubber stamp, ideas such as: fragmenting HTS, denouncing JFS members or even perhaps offering them as a sacrificial lamb. If this did happen, it would result in JFS members becoming paranoid, looking over their shoulders all the time, creating an environment of non-trust amongst the one group. Assumptions will turn into truths. Conspiracy theories will become intellectual theorisation. Other non-JFS members of HTS will also become worried. Did they make the right choice? Is there any way forward? Were our critics right about us all this time? All of these questions will be flying around, and there will not be anyone to give a decisive answer. However, none of these issues have mattered in the past when other, less obvious tactics were used to fragment the mujahideen and stop the revolution, and I believe it will not make a difference today.

“And they planned, but Allah planned. And Allah is the best of planners” [Ali Imran: 54].

[1] I anticipate this sentence in particular to be taken by some as a sort of subtle threat to America or a hidden message to the youth to carry out attacks in the West. Even though I am not writing this for the audience which will interpret my words this way, I believe that for the sake of my intended audience, it is my duty to clarify my position. I firmly believe that all acts of indiscriminate aggression against a civilian population is Islamically unacceptable, regardless who is carrying them out. Perhaps this can be detailed at a later date.