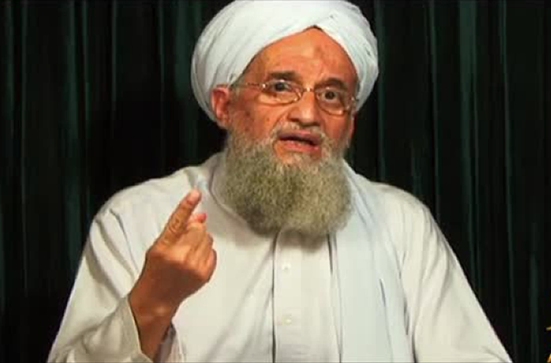 Abu Bakr al-Baghdadi, the leader of the then-Islamic State of Iraq (ISI), released an audio statement on 8 April 2013 asserting his authority over Jabhat al-Nusra, which was set up as the Syrian wing of ISI. Al-Nusra’s leader, Abu Muhammad al-Jolani, rejected al-Baghdadi’s hostile takeover on 10 April and swore allegiance—renewed, in his telling—to al-Qaeda. The leader of al-Qaeda, Ayman al-Zawahiri, ruled on this matter in a letter dated 23 May 2013, which was released to, and translated by, al-Jazeera, on 9 June 2013. Al-Zawahiri’s letter is reprinted below with some editions for clarity and some important sections highlighted in bold.

Dear noble brother, Shaykh Abu Bakr al-Baghdadi al-Husayni and his brothers on the shura [council] of the Islamic State in Iraq (may God protect them).

Dear noble brother, Shaykh Abu Muhammad al-Jolani and his brothers on the shura [council] of Jabhat al-Nusra li-Ahl al-Sham (may God protect them).

As-salamu alaykum wa rahmatullahi wa barakatuh [may peace, mercy, and the blessings of God be upon you]. May God bring us together upon what he likes and chooses of worldly bounties, and triumph in the hereafter.

1. The proponents of jihad were all dismayed by the dispute that occurred in the media between our beloved brothers in the Islamic State of Iraq and Jabhat al-Nusra in Syria.

2. We have neither been asked for authorisation nor advice, nor have we been notified of what had occurred between both sides. Regrettably, we have heard the news from the media.

3. At the outset, I have to remind all the mujahideen and all Muslims of the role played by the Islamic State of Iraq in aborting the crusaders’ plot for occupying and splitting the heart of the Islamic world, along with resisting the aggressive Safavid-Rafidi [Iranian] expansion that aimed at dominating Iraq, the Levant, and the Arabian Peninsula.

We have to admit the good deeds done by our brothers; in particular, their emir, Shaykh Abu Bakr al-Baghdadi, in extending the jihad into Syria by sending in the most capable fighters and ensuring their financial support to alleviate their suffering. We have also admired our brothers in Jabhat al-Nusra because of the praise offered for them by Abu Bakr al-Baghdadi and for their emir, Shaykh Abu Muhammad al-Jolani.

4. I also have to remind all the mujahideen and all Muslims of the job done by our brothers in Jabhat al-Nusra li-Ahl al-Sham in reviving the obligation of jihad in Syria and their revival in the umma [Muslim community] of hopes of liberating Jerusalem and soon reinstating the caliphate, by the will of God. Likewise, we praise them for repelling the Safavid-Rafidi-Batini-secular enemy[1] in our beloved Syria. And it must be mentioned the appreciation for the support offered to us by the brothers in the Islamic State in Iraq.[2]

5. When the dispute emerged in public between the two exalted and connected jihadi groups, I sought to resolve the dispute by sending a message on 1 Jumada 1434 [12 April 2013] to the Shaykhs Abu Bakr al-Baghdadi and to Abu Muhammad al-Jolani to freeze the dispute at the point preceding its breakout, pending a final resolution.

6. I received messages from both sides and from other sides. Accordingly, after holding consultations with my brothers in Khorasan [Afghanistan-Pakistan] and outside of it, after asking for God’s guidance and support to enable me to put out the fire of fitna [sedition] and dispute between the two exalted groups, I resolved the issue—with God’s help—as follows:

a) Shaykh Abu Bakr al-Baghdadi was wrong when he announced the Islamic State of Iraq and Syria without asking permission, receiving advice from us, or even notifying us.

b) Shaykh Abu Muhammad al-Jolani was erred in announcing his rejection of the Islamic State of Iraq and Syria, and by showing his links to al-Qaeda without having our permission or advice, without even notifying us.

d) Jabhat al-Nusra is an independent entity for Tandheem Qaedat al-Jihad,[3] under the General Command [of al-Qaeda].

e) The seat of the Islamic State of Iraq is in Iraq.

f) The seat of Jabhat al-Nusra li-Ahl al-Sham is in Syria.

g) Shaykh Abu Bakr al-Baghdadi has been approved as the emir for the Islamic State of Iraq for one year, as of the date of this ruling. The Islamic State of Iraq shura [council] will then submit a report to the General Command of Tandheem Qaedat al-Jihad about the progress of the work. The General Command will then decide whether to extend the mandate for Shaykh Abu Bakr al-Baghdadi as emir, or appoint a new emir.

h) Shaykh Abu Mohamed al-Joulani has been approved as the emir for Jabhat al-Nusra li-Ahl al-Sham for one year as of the date of this ruling, after which Jabhat al-Nusra’s shura council will submit a report to the General Command of Tandheem Qaedat al-Jihad about the progress of the work. The General Command will then decide whether to extend the mandate for Shaykh Abu Muhammad al-Jolani as emir, or appoint a new emir.

i) The Islamic State of Iraq will supply to Jabhat al-Nusra li-Ahl al-Sham, as far as it can, what they need in terms of fighters, arms, money shelter and security.

j) Jabhat al-Nusra li-Ahl al-Sham will supply the Islamic State of Iraq, as far as it can, what it needs in fighters, arms, money, shelter, and security.

k) The two sides are to cease any attack, by word or by deed, on the other side.

l) The two sides and all the mujahideen will respect the sanctity of Muslim blood, honour, and property. None of them will attack a Muslim or a mujahid [jihadist], unless a judicial ruling was issued, as detailed below:

m) Muslim blood is a off-limits for other Muslims. Whoever changes from one jihadi group to another is not an apostate; instead, he enjoys the protection accorded to other Muslims and the mujahideen, even if he was wrong in changing sides.

n) Whoever sheds the blood of his Muslim brothers and the mujahideen, the group will take a tough stand against him based on the principle of “defending virtue and preventing vice”.

o) Shaykh Abu Khalid al-Suri [real name: Muhammad al-Bahaya][4] is the best of men we have known among the mujahideen, so we have chosen him as our representative in Syria with regard to the following issues: firstly, any dispute arising from the interpretation of this ruling would be resolved by him; secondly, in the case of transgressions against one side, I hereby authorize him to set up a shari’a court to rule on the case.

7) A copy of this ruling has been handed over to:

“I only intend reform to the best of my ability. Success will come only through God. Upon Him I rely and to Him I will return” [Hud: 88].

[1] Safavid is a reference to the Iranians; Rafidah is a bigoted term for the Shi’a; Batini (esoterics) refers to the sects that keep their doctrines hidden, notably the ghulat (extremist) Shi’a sects that went beyond Islam like the Alawis and Druze.

[2] An example of the support ISIS has given to al-Qaeda was contained in the July 2005 letter from al-Zawahiri to ISIS’s then-leader, Ahmad al-Khalayleh (Abu Musab al-Zarqawi), asking for a loan of $100,000.

[3] The full name of al-Qaeda: “The Base Organization of Holy War”. Sometimes also transliterated as Tanzim Qaedat al-Jihad.

[4] UPDATE: It would later be claimed by those around him that al-Bahaya did not know al-Zawahiri was going to appoint him as al-Qaeda’s representative in Syria before al-Zawahiri’s letter was leaked. Al-Bahaya was, at the time, effectively co-lead of Ahrar al-Sham, a Salafi-jihadist organization in the Syrian insurgency that could actually claim to be Syrian, which al-Qaeda used as a portal into the revolution.